Gender diversity in board rooms – quotas or not?

I’ve been a firm opponent to gender quotas in board rooms. I believed quotas would expose women as less qualified, and it would serve women’s case better if an invitation as board member was based on professional capabilities alone. Until, I had the chance to meet Sir Richard Branson at a luncheon session in New York. He made it clear to me, that gender quotas in board rooms is a necessity to ensure gender diversity if we want it to happen in our life time.

Sir Richard Branson is one of my heroes. He is Mr. Customer Centricity, Mr. Disruptive and Mr. Branding at the same time. So, I was so much looking forward to listening to him at a luncheon session at NRF in New York a couple of years ago. Mr. Branson has many interesting perspectives on leadership and innovation to listen and learn from. But it turned out that he also has done some interesting thinking on gender diversity both in executive management as well as in board rooms. 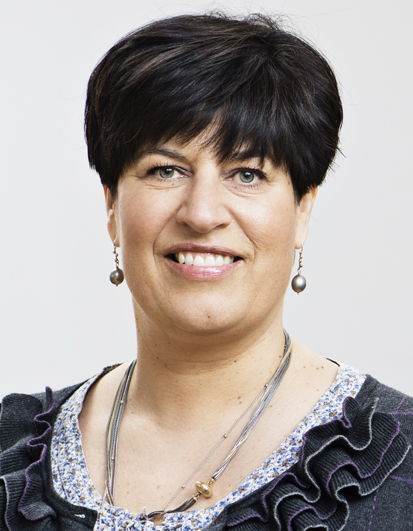 Numerous studies from many tier1 consultancy companies have proven the case that diverse companies are more successful both in terms of organizational and financial performance. And still, gender diversity in top management is lagging. Despite the financial effect, we are reluctant to regulate around this issue. We have built up a misunderstood consideration to the perception of women capabilities, that regulations equal disqualifications, and that we would start questioning the competences of women, if regulations and quotas are needed for women to get access to the board rooms.

How many of you are in favor of quotas to ensure gender diversity in board rooms?
Sir Richard Branson asked this question out to the audience. Even though the audience comprised 50/50 male and female professionals, less than 1 percent raised their hands. “What a pity” he said, “then we will have to wait at least 50 years before we experience gender equality in top management meaning another 50 years with business as usual and declining growth rates. It’s a fact that a large percentage of new board members are recruited from professional networks and these networks are overrepresented by men. Therefore, men will continue to recruit men for many years to come based on pure math”.

And then I realized, being an opponent to gender quotas in board rooms has nothing to do with protecting women from being perceived as less qualified than men. It’s merely a bad business decision. Putting the gender equality discussion in front and pushing the facts behind, I made my self a part of the problem in preventing ourselves from achieving the goal – gender diversity in top management and in board rooms.

It has nothing to do with the fact that men don’t see women in the board rooms, nor that women are perceived less qualified by men. This is as Sir Richard Branson spells it out pure math based on looking on existing routines. Therefore, if we want to experience gender equality ‘tomorrow’ we need to challenge the status quo and put one or more of the following in place…

The easiest, probably the fastest, and most comprehensive alternative would be gender quotas regulated by law. In that way, focus will be on achieving the objective and realizing the potential, and the companies will get the opportunity to design their own solutions. I strongly believe that the Chairman of the Board will do anything in his/her power to prevent themselves from being forced to accept a less qualified board member just to live up to quotas. They will introduce new ways of building up a pipeline with suitable successors from alternative channels. In that way gender quotas in board rooms will at the same time force us to change our habits and to grow our business faster in the future.

If I ever get the chance to meet Sir Richard Branson again and he poses the same question, I will certainly raise my hand. If we truly want to re-spark growth and performance, I believe quotas is the way forward.

Charlotte Wandorf is partner at Implement Consulting Group and has more than 15 years’ experience as a management consultant in the Nordic area with specific focus on building business opportunities and rule-breaking strategies based on strong customer insight. Prior to that, Charlotte has started-up both an advertising company as well as a market insight agency and also served as commercial responsible in two different multinational FMCG companies. Next to the role as consultant, Charlotte has for the last couple of years acted as a professional board member in medium sized companies.