When I realized that all I’ve learned was wrong 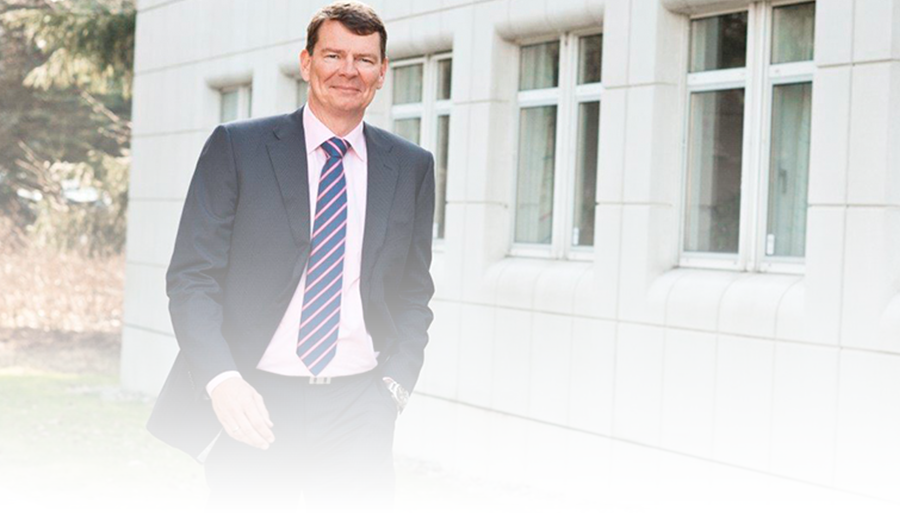 Imagine arriving to a point in life, well into your fifties, where you are forced to realize that some of the most fundamental things you have learned are proved wrong! That happened to me when I took up my position as CEO of Chr. Hansen in early 2013.

When I joined global bioscience company Chr. Hansen as CEO, I was in for a surprise. Chr. Hansen are the world’s leading experts on bacterial cultures (bacteria) for food and dietary supplements and even though I was well aware that cultures are indispensable when it comes to making fermented products like yogurt, cheese, salami and many other types of food, little did I know how overwhelming the importance of bacteria is to human health – and a number of other areas, too, as I would find out over the next couple of years.

I trained as a medical doctor in the eighties, and at that time was made to believe that a good bacterium is a dead bacterium.  I have been a sworn proponent of antibiotics and readily accepted a course whenever I self-diagnosed the need for it. I even gave my daughters, when they were young, antibiotics probably to such an extent that even today both suffer from an unhealthy gut flora, because antibiotics work by killing bacteria – also the good ones that help sustain a healthy gut. But that wasn’t in focus at the time.

When I was doing my medical internship in surgery, we would even pour powder antibiotics in the wound after the operation. We did not take any chances and would rather overdo than underdo it in our eagerness to ensure that the wound would not get infected.

So you will appreciate that I was skeptical when I suddenly found myself at the helm of the world’s largest producer of bacteria. Again, I completely got it that what we call bacterial cultures is necessary to produce a large number of foods, and have been for hundreds of years. What I was more reserved about, based on my education in medicine, was the alleged advantages of bacteria in human health – that they could actually be good for you.

You have to take into consideration that this was completely contradictory to everything I had ever learned! Seven years of daily bacteria fright, based on science as it had progressed in the 1980s, end up running through your veins, and to be quite frank, I thought the idea of probiotic bacteria – bacteria with health benefits (probiotic means “for life”) – was b…s… !

But gradually I was forced to change that perspective.

Today I stand corrected. Science has come to realize that we are only beginning to grasp the significance of the two kg of bacteria that any human being, on average, carries in and on their body. The totality of these microbes is referred to as the human microbiome, and whilst we are slowly beginning to understand how the composition of the microbiome affects our general health and is indicative of a number of diseases, we can only dream of the dizzying perspectives for healthcare and the quality of people’s lives.

I’m sure you have heard of faecal transplant, where donor stools from a healthy person are transferred to a sick person, whose gut flora has been ruined beyond repair. It is often the only way to restore a healthy intestinal balance and save the patient. As you can imagine, the process is not pretty! At my company we are working to produce and formulate the relevant bacteria so that the patient can just take a pill and not go through this ordeal.

But it doesn’t stop here.

Also when it comes to protecting plants and crops against pests and harmful microbes living in the soil, good bacteria can play a vital role in keeping the plants and crops healthy and often reduce or even eliminate the need for chemical pesticides.

And for animals, for example cattle and swine, good bacteria can reduce or substitute the use of antibiotics, thus contributing to limiting the amount of antibiotic residues in the food chain. We have also found out that naturally occurring bacteria can help prevent food waste by prolonging the shelf life of yogurt – without using artificial preservatives.

Sometimes you are forced to make a mental U-turn. It is not necessarily easy to break with many years of university learning, but when the documentation – and the underlying scientific research – is so significant, it makes it a whole lot easier.

PS. Did I tell you that a friend of mine, a hand surgeon, called me the other day asking if I could recommend some good bacteria to throw on operation wounds to keep them clean?